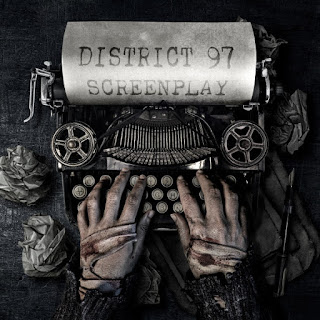 Chicago progressive rock ensemble, District 97 are ready to release their new live album titled "Screenplay" on March 26th. The show was performed in October 2019 and finds the band performing their critically acclaimed album "Screens" from start to finish. The show kicks off with the free-form rock approach of "Forest Fire" and solo-filled breaks of "Sheep," as you adapt to District 97's style of music. Their sound may sound impulsive and at times chaotic, but it is actually a precise measure of artistry that keeps you locked into their music, as they take you on a nearly fourteen-minute sonic journey with "Ghost Girl."

The second disc of this new live set begins with the high-energy delivery of a brand new song that was recorded during the quarantine titled "Divided We Fall." The song keeps you on edge with its pounding rhythm and harmonic vocals. Also included are some live versions of songs from the band's back catalog, like the intensity of "Snow Country" and "Termites," which were recorded during the band's UK and European tours. District 97 close out the set with some live, in-studio recordings of some favorite cover songs like Yes' "Long Distance Roundabout," King Crimson's "21st Century Schizoid Man," featuring the late John Wetton on vocals, along with Led Zeppelin's "Out On The Tiles." To find out more about District 97 and their new live album "Screenplay," please visit district97.net. 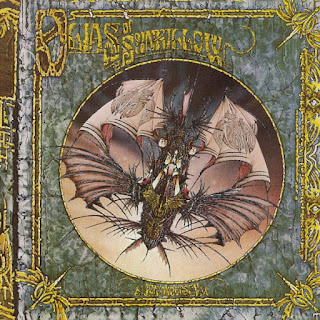 Also arriving March 26th is a newly expanded version of Yes' Jon Anderson's 1976 debut solo album "Olias Of Sunhillow." The original eight-song release has been remastered from the original master tapes and is accompanied by a DVD, which contains a high-res version of the album, along with a 5.1 surround sound mix of the album. Anderson handled all the instrumentation for this album, which ended up taking nearly two years to complete and follows the story of an alien race searching for a new world, following the volcanic destruction of their home planet. The music was a slight departure from Yes' more musical endeavors, but showed that Jon Anderson was more than just a lead singer, with the performances of harps, keyboards and percussion. This new expanded edition also includes an illustrated booklet with a new essay about the music Jon was creating nearly 45 years ago. To find out more about Jon Anderson's new version of his "Olias Of Sunhillow" album, please visit cherryred.co.uk.
Posted by JP's Music Blog