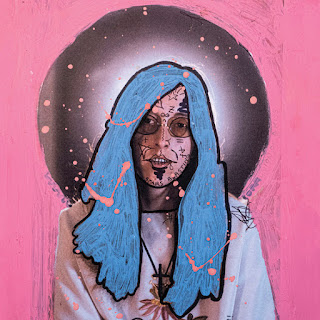 Seventies singer, songwriter Judee Sill is the subject of a new tribute album titled "Down Where The Valleys Are Low," which will be released on March 12th through StorySound Records. For those who may not be familiar with Judee Sill's work, she was the first artist signed to David Geffen's Asylum label, she work with David Crosby and Graham Nash on her debut album and opened for legendary acts like Cat Stevens and Gordon Lightfoot. While working on her third album, Judee died from a drug overdose on November 23, 1979. This new tribute album features seven tracks that introduce us to some young, rising singer, songwriters and Broadway performers.

The album begins with the title track "Down Where The Valleys Are Low," led by the vocals of Mary-Elaine Jenkins, who was named one of the top "up-and-coming" female performers by "Bust Magazine." Her vocals fit the alternative-pop vibe of the song, as the lyrics fit Jenkins style perfectly. Bartees Strange adds a bit of soul to the song "The Pearl" with his strong vocal delivery, while the slow build-up of "The Kiss" is highlighted by the uplifting voice of Emily Holden. This new tribute album closes with Judee Sill's most covered song "Jesus Was A Cross Maker," which gets modernized with a big rock sound and vocals supplied by Michael Cerveris, along with the alternative country sounding delivery of "The Phoenix." To find out more about the Judee Sill tribute album "Down Where The Valleys Are Low," please visit storysoundrecords.com. 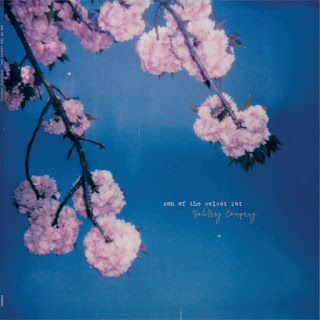 The husband and wife duo of Georg Altziebler and Heike Binder are preparing to release their ninth studio album as Son Of The Velvet Rat on March 19th. The album titled "Solitary Company" features ten tracks that continue the band's folk-rock evolution. It begins with the stark, stripped-down sounding opening of "Alicia," which compares to the latter-day Leonard Cohen, where the poetic lyrics are the main focus. The dark overtone of the title-track, "Solitary Company" is allowed to lay down the song's setting, across six minutes of string chords and a solid marching rhythm. The tempo picks up with "Stardust," which features a raw, "grungy" country sound, while the addictive chorus of "Beautiful Disarray" draws you in to the Lou Reed-style of Georg's vocal delivery. Son Of The Velvet Rat bring in the blues for the slow pace of "11 & 9," before wrapping up their new album with the upbeat, swinging melody of "The Ferris Wheel" and quiet, lullabye ballad "Remember Me." To find out more about Song Of The Velvet Rat and their latest release "Solitary Company," please visit sonofthevelvetrat.com.
Posted by JP's Music Blog