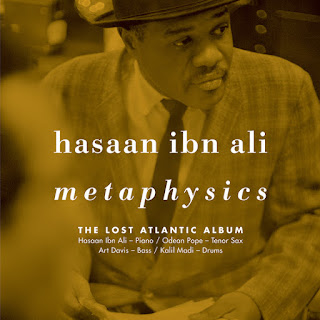 American jazz pianist Hasaan Ibn Ali had a unique style to his playing. He was very intense, hitting the keys with a rapid movements that almost took his performance out of rhythm, but his passion for playing was always present. Hasaan was a member of The Max Roach Trio and also played with Miles Davis, Clifford Brown and J.J. Johnson. Rumor has it that his style gave some influence to John Coltrane's solo work. Hasaan Ibn Ali first appeared on the 1964 album " The Max Roach Trio featuring Hasaan Ibn Ali." Roach then used his influence at Atlantic Records to record sessions with Hasaan as the lead, but before the album could be completed, Hasaan was incarcerated for drug possession and the album was eventually shelved. The master tapes were eventually destroyed in an Atlantic Records warehouse fire, but a copy of those tapes was recently discovered and on March 5th, Omnivore Recordings will unveil "Metaphysics: The Lost Atlantic Album" by Hasaan Ibn Ali.

This new release features ten tracks, seven originals and three shortened versions. The album begins with the energetic romp of "Atlantic Ones," which features the swift pace that Hasaan was known for, along with saxophonist Odean Pope, bassist Art Davis and drummer Kalik Madi. Each member gets their moment to shine on the smooth melody of "El Hasaan," while "Richard May Love Give Powell" showcases a softer side to Hasaan's writing and performing. The energy picks back up with the title track "Metaphysics," as each instrument is working overtime to keep pace. The album finishes with the eleven-minute "True Train," which finds the band playing with passion, working in different time signatures. To find out more about the long, lost Atlantic Album "Metaphysics" from Hasaan Ibn Ali, please visit omnivorerecordings.com. 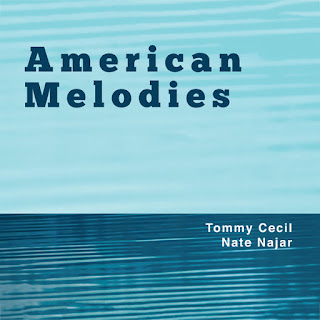 Bassist Tommy Cecil and guitarist Nate Najar have teamed up for the new release titled "American Melodies." It features thirteen tracks that have the duo recreating some of the most special songs of the American musical landscape. They begin with the Gershwin classic "Of Thee I Sing," which is handled very delicately, as if it was an old relic to behold. They pick the tempo up with the finger-plucking strings of "Minor Mishap" and "Bitty Ditty," as Tommy and Nate get right down to the root of melody of these songs. They add a bit of blues to the album in the form of "Like A Straw In The Wind" and turn Billy Joel's doo-wap classic "The Longest Time" into a graceful, gentle ballad. Tommy Cecil and Nate Najar finish off their new album with a wonderful rendition of the great Duke Ellington's "Black Beauty," along with the closing lullabye "Sure On This Shining Night." To find out more about the album "American Melodies," please visit tommycecil.com. 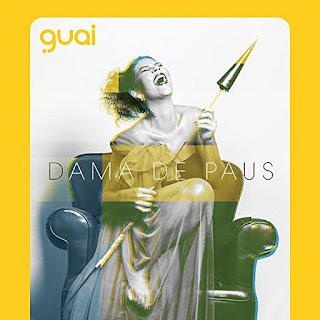 Finally we arrive at the debut album from Brazilian songstress Guai. Her new release titled "Dama De Paus" features ten tracks sung in her native language of Portuguese and delivered with a passion to prove something to the world. After the instrumental "Overture," Guai gracefully lets the vocals flow along to the music of "Alquimia," before the salsa flair of "Era Uma Vez" brings energy to the album. Without knowing or understanding the meaning of the lyrics, Guai's vocals are amazing and will draw you into the swinging jazz music of songs like "Nega, Nego" and "Rota de Colisao." To find out more about Guai and her latest release "Dama De Paus," please visit guai.com.br.
Posted by JP's Music Blog