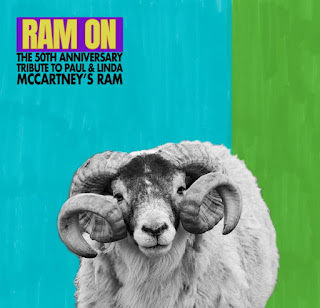 In May of 1971, Paul McCartney releases his second solo album titled "Ram." In honor of its 50th anniversary, Spirit Of Unicorn Music (in association with Cherry Red Records) will release a fifteen-song tribute album simply titled "Ram On." It features over a hundred musicians, performing the album from start to finish, beginning with "Too Many People," starring Dan Rothchild (Heart) performing a mirror image of the song, along with the title-track "Ram On" featuring Pat Sansone (Wilco). One of the more exciting tracks is the classic "Uncle Albert/Admiral Halsey," performed wonderfully by the band, Bebopalula. Husband and wife duo Rob Bonfiglio and Carnie Wilson team up for their rendition of the Paul and Linda McCartney duet "Long Haired Lady," before Pat Sansone returns for "Ram On Reprise." The album finishes with the single "Another Day," this time performed by Gordon Michaels, along with it's original B-side "Oh Woman Oh Why" featuring the work of Eric Dover and Lauren Leigh on this full-blown rock track. To find out more about "Ram On" and all the personal involved, please visit cherryred.co.uk/product/ram-on-the-50th-anniversary-tribute-to-paul-linda-mccartneys-ram. 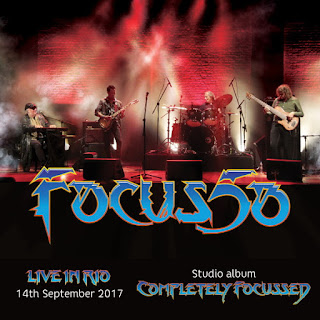 Also celebrating 50 years plus are Dutch music legends, Focus. Their single "Hocus Pocus" is one of the more iconic songs in rock history. In celebration, Focus is releasing a 3 CD/1 Blu-ray set titled "Focus 50 Live In Rio" on April 39th, through Cherry Red Records. The Blu-ray and two of the discs in this set feature the band's 2017 performance in Rio de Janeiro. The set includes songs from throughout their 50 year history, from the ten-minute opening instrumental "Focus I" from their debut album, through one of their newest releases "Song For Eva." The music sounds like it came straight from the soundboard, without any remixing, as nature intended. This allows you to get even more lost in the epic music of "Eruption" and jazzy vibe of "Le Tango." The show wraps up with the progressive rock approach of "Harem Scarem" and of course their most well-known song "Hocus Pocus," which pushes the music past the 20-minute mark.

The third CD of the set is titled "Completely Focused" which features the band's currently line-up of Focus re-recording all twelve of the band's solo tracks titled "Focus" 1-12, which have been featured on the band's albums. These songs have been recorded during the current pandemic and features some of the band's best musicianship of their 50 year career. To find out more about "Focus 50 Live In Rio," please visit cherryred.co.uk/product/focus-focus-50-live-in-rio-3cd-1-blu-ray-deluxe-edition.