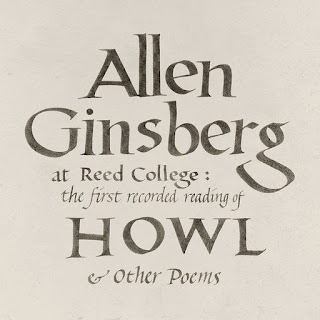 Back in 1955, American poet Allen Ginsberg first read his "Howl" poem at San Francisco's Six Gallery. In attendance was novelist Jack Kerouac, fellow poet/activist Lawrence Ferlinghetti and Beat Generation writer Neal Cassady. Ginsberg would be best known for his "Howl" poem, which is considered one of the greatest works of American literature and was also banned due to its sexual references. In 1956, Allen Ginsberg was invited to Reed's College in Portland, Oregon to read his "Howl" poem once again. This time, it would be recorded by the college for a possible release, but the recording was eventually lost for over 50 years. The recording was discover in a box of tapes in 2007, but was never officially released until now, for its 65th anniversary. Omnivore Recordings has released "Allen Ginsberg At Reed College: The First Recorded Reading of Howl & Other Poems" on April 2nd on CD and special edition "Reed Red" vinyl.

On February 14th, 1956, Allen Ginsberg took to the stage and ran through some of his other poems, as a sort of opening act, before diving into his "Howl" poem, which was just become this timeless poem that has lasted for over six decades. He reads calmly through some short tales like "Wild Orphan" and "A Supermarket In California," before flipping through the pages of his book to introduce the main event, "Howl." The sixteen-minute poem, read by the artist, is spoken with a passion that Ginsberg had for his work. Hearing this iconic piece of art told by the artist is second to none, as he stresses parts of the poem that he wanted to make a statement, before closing with his political charge for change. To find out more about "Allen Ginsberg At Reed College," please visit omnivorerecordings.com. 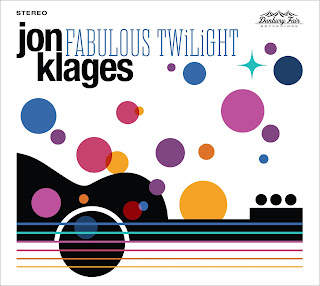 Another brand new release from Danbury Fair Recordings arrives April 2nd from singer, songwriter, guitarist Jon Klages. Klages was the lead guitarist for the 1980's Hoboken pop band, The Individuals, which ruled the club scene in New York and New Jersey. Jon's beautiful, melodic tone lays the ground work for his new album, "Fabulous Twilight," which features eleven tracks, beginning with the swirling R&B vibe of "Best That We Can" and the blues infused ballad "Fabulous Twilight," which highlights Jon's soulful vocals. The energy picks up with the guitar boogie instrumental "Too Cool For Spy School," before adding a bit of funk to the rhythm of "Kazoos Are People Too." Jon wraps up his new album with the soft rock approach of "God Bless The Columbia House Record Club," as he names his favorite artists, along with the short solo piano piece "Goin' Home." To find out more about Jon Klages and his latest release "Fabulous Twilight," please visit jonklages.bandcamp.com.
Posted by JP's Music Blog