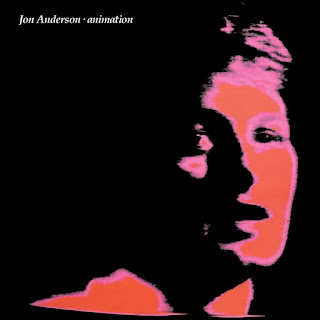 Arriving April 30th through Esoteric Recordings is the latest expanded edition of Yes vocalist Jon Anderson's solo output "Animation." 1982 was a busy time for Anderson, as he was putting the finishing touches upon his third solo album "Animation," Anderson was also working artists Vangelis and Mike Oldfield on new age music. Plus, the seeds were sow for Yes to reunite with their most commercially successful album "90125." While none of the members of Yes played on Anderson's solo album, it did includes some special guests like Jack Bruce (Cream), Ian Wallace (King Crimson), Simon Phillips (Toto) and David Sancious (The E Street Band). The original nine song album is remastered from the original Polydor master tapes and features an amazing sound on stand-out tracks like "Surrender" and "Unlearning (The Divided Line)." The two bonus tracks on this new expanded edition of the album are the excitingly energetic B-side "Spider" and the nearly twelve-minute progressive rock adventure of "The Spell," which is featured in its demo form. To find out more about this new expanded edition of Jon Anderson's solo album "Animation," please visit cherryred.co.uk/product/jon-anderson-animation-remastered-expanded-edition/. 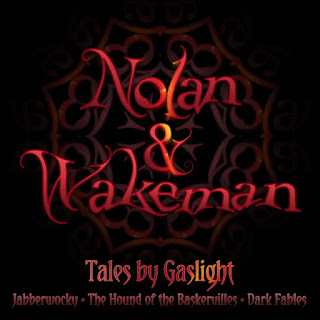 Fellow Yes bandmate Oliver Wakeman has reunited with Clive Nolan (Arena) after 20 years for a new three-disc box set titled "Tales By Gaslight." In 2008, Oliver Wakeman would take over for his father, Rick Wakeman as the keyboardist for Yes as they headed out on their 40th anniversary tour. Prior to that engagement, Oliver Wakeman and Clive Nolan created two progressive rock concept albums "Jabberwocky" and "Hound Of The Baskerville." The album was a masterpiece in the progressive rock world and featured many different singers playing roles throughout the album, which was narrated by Rick Wakeman. The duo of Wakeman and Nolan followed that album with another concept piece, the "Hound Of The Baskerville," which did not receive the same welcome as their prior release. At the time, the duo were planning on a trilogy, with the third project surrounding the work of Mary Shelley's "Frankenstein," but lack of funding from the record company shelved the idea.

Now, with the release of this new set, a new third album titled "Dark Fables" has been created by Wakeman and Nolan, which includes music originally conceived for the abandoned "Frankenstein" album. This new twelve-song concept album features Paul Manzi and David Mark Pearce from the Oliver Wakeman Band, along with Gordon Giltrap and Andy Sears. This new recording done nearly twenty years later fits in perfectly alongside the other two albums, and as a bonus is the reading of the "Jabberwocky" poem by Rick Wakeman. To find out more about this new set from Wakeman & Nolan titled "Tales By Gaslight," please visit oliverwakeman.co.uk.