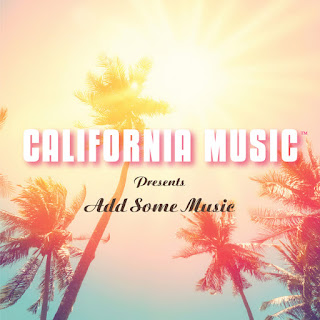 Arriving April 23rd is a new release titled "Add Some Music To Your Day," which features not only original members of The Beach Boys on a new recording, but also the next generation of Beach Boys family members. Beach Boys historian David Beard had the idea of combining the generational voices of the Beach Boys family for a new recording of their classic 1970 track "Add Some Music To Your Day" for the "Feeding America" charity. The idea went over so well, that an entire album was recorded, arranged and produced by long-time Brian Wilson Band touring member (and husband to Carnie Wilson) Rob Bonfiglio. Omnivore Recordings will release "California Music Presents Add Some Music," which features ten tracks, beginning with "Add Some Music To Your Day." The song features the amazing harmonies of the Beach Boys family, as sons and daughters of original members sing together for the first time on an album. There is also an a capella and an instrumental version of the song, which allows you to focus on the different aspects that went into this amazing performance.

The other seven tracks that make up this new album are re-recordings of some songs from the Beach Boys members solo albums, like "Ram Raj" by Mike Love and "Jenny Clover" from Al Jardine. David Marks takes on the task of recreating "Long Promised Road" into a soft, melodic, mostly instrumental track, as he performs all the instruments himself. The hidden gem on this new album is the re-recording of the Beach Boys' classic "Friends," which features the next generation of Beach Boys family which includes Carnie and Wendy Wilson, Christian Love, Matt Jardine, Justyn Wilson, Ambha Love, Adam Jardine and Carl B. Wilson. Also included are a couple of songs performed by long-time Beach Boys associate Jeffrey Foskett and Rob Bonfiglio, which fit in perfectly with the rest of the Beach Boys catalog. To find out more about "California Music Presents Add Some Music," please visit omnivorerecordings.com. 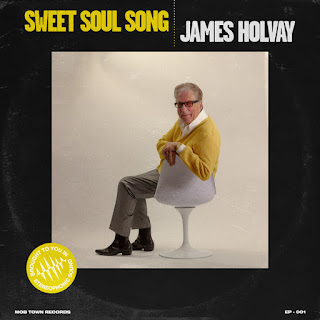 Moving from California to Chicago, we have the new "Sweet Soul Song EP" from rhythm & blues vet and chart-topping songwriter James Holvay. After being away from the music limelight for nearly four decades, working in sales, the urge was always there to get back into music. After hearing the music of Amy Winehouse and Sharon Jones and The Dap-Kings, Holvay was inspired to start writing his own music again, but it would still be a few years before James Holvay stepped back into a studio. Once he did, the music found that classic soul and style that he fell in love with. The short five-song release begins with the toe-tapping rhythm of "Working On It," which carries that nostalgic soul sound. Holvay's songwriting shines bright on the beautiful ballad "Still The Fool," while "Love Has Found A Way" brings back the energy of swinging sixties R&B vibe. James Holvay finishes his new album with the simple clap beat of "Talkin' About," which allows you to focus on Holvay's vocals and harmonies. To find out more about James Holvay and his latest release "Sweet Soul Song EP," please visit jamesholvay.com.
Posted by JP's Music Blog