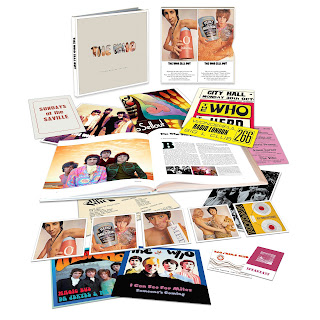 Back in December 1967, The Who released one of the most elaborate album of their careers, "The Who Sell Out." It was the band's third studio release and shows the band knocking down the barriers of common studio albums, creating their own "radio show" with commercials and new, psychedelic-inspired music. To celebrate this iconic album, UMe/Polydor will release a super deluxe 5-CD/2-7" singles box set on April 23rd that includes 112 songs (47 previously unreleased). There will also be two different double-vinyl releases, a standard black vinyl set which includes the stereo version of the album on one LP and a second LP of highlights from the deluxe set. A second exclusive double-vinyl set includes the mono version of the album, along with an entirely different set of highlights from the deluxe version of the set, plus these are pressed on color vinyl. 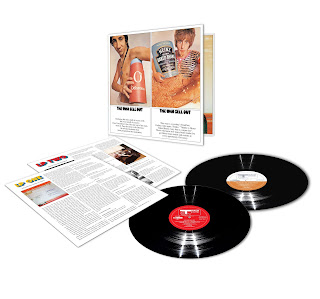 The new 2020 stereo mix was remastered by Jon Astley and sounds stunning on vinyl. You will be amazed at how great the deep bass of the opener "Armenia City In The Sky" sounds and how clear each instrument is presented. Pete Townshend shines on "Odorono," as his vocals and guitar sound as pure as if you were in the studio hearing the playback direct from the mixing console. One of the highlights of this new remaster is the psychedelic monster, "I Can See For Miles," which allows Keith Moon's drumming to steal the show. Bassist John Entwistle stepped up on this release with his singing and songwriting, especially on the storied tale of "Silas Stingy." Lead singer Roger Daltrey saved the best for last, with his outstanding performance of the mini-opera "Rael (1 and 2)." His vocals seem to stand above the music on this new stereo mix, which allows a cleaner sound to his voice and give more power to the harmonies. 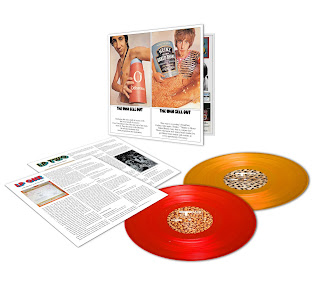 The second LP in both sets are where the true treasures lie. The bonus vinyl of the stereo set begins with some stellar organ work by Al Kooper on the U.S. single version of "Mary Anne With The Shaky Hand," which benefits tremendously from this new remastered version. The studio version of "Summertime Blues" is a great rendition of the Eddie Cochran classic, but cannot hold a candle to The Who's live version of the song. Some of the commercials that were not used on the original album also appear like "Coke After Coke" and "Jaguar," which only continues to show how much inspiration was pouring out of these guys in the late sixties. The bonus vinyl of the mono set features almost all of the original U.K. singles that were not included on the album like "Pictures Of Lily" and "The Last Time." Some more great unused radio ads are also featured, making this vinyl fit perfectly into this double vinyl set. 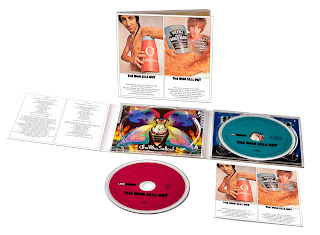 The two different double-vinyl releases make up the first two discs of the super deluxe CD box set. There are still three discs worth of studio outtakes and Pete Townshend demos, which have never been heard before, officially. For the deluxe set, you have a full CD (28 tracks) of early takes which made up "The Who Sell Out" album and accompanying singles, as well as a disc titled "The Road To Tommy" and a disc of Pete Townshend's demos (exclusive to the super deluxe edition). During the sessions discs, you hear a lot of studio chatter, which only adds to the atmosphere of being a "fly on the wall" during the sessions for "The Who Sell Out" album. Highlights include the full version of "I Can See For Miles," a six-minute jam of "Lightning" and an alternate take of "Magic Bus."

The "Road To Tommy" disc features The Who's set of singles that lead up to the magical rock opera "Tommy," as you can hear their sound shift to a more textured delivery of the music. Many of the themes found in these songs like "Glow Girl," "Little Billy" and "Melancholia" are a precursor to what is to come of the mind of Pete Townshend. The demos disc is a little rough at times, but shows us the early ideas of where many of these songs came from. It also gives you a different look to the songs the were perfectly written for either Roger or Pete, himself to take the lead vocals.

This new super deluxe set also includes an 80-page hardcover book with rare photos, new essays about the different aspects of the album and even a new introduction from Pete Townshend. There is also an oversized wallet featuring the two collectable 7" singles and replicas of promotional items and posters. To find out more about this new massive "The Who Sell Out" box set, please visit thewho.com/the-who-sell-out-super-deluxe-edition-and-more/.