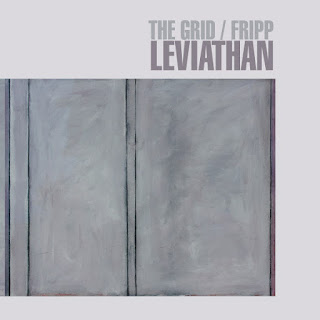 Legendary rock guitarist Robert Fripp (King Crimson) has teamed up with the electronic duo, The Grid (David Ball & Richard Norris) for a new album titled "Leviathan." The Grid has found numerous success in the U.K. with their albums, singles and remixes and they have teamed up with Fripp before on their second album "456." Now, nearly three decades later, The Grid and Robert Fripp have collaborated once again on a new set of songs, based around the story of "Leviathan," the biggest prehistoric whale to have ever lived.

The album begins with sweeping waves of sound on the full eight-minute opener "Empire," while "Milkwood" may seem more subtle, as the music seems to echo itself as it simply floats along. The ambient flow of "Pulse Detected" has a slightly more relaxed tone, before reaching the graceful floatation of "Loom. The pinnacle piece of the album is the ten-minute electronic dreamscape of "Leviathan," which also carries a classical overtone. Robert Fripp and The Grid finish their new album with the sonar, rhythmic pattern of the album's most lively track "Fire Tower," along with pulsating beats of "Zhora" and the repetitive melody of "Simpatico." To find out more about this latest release between Robert Fripp and The Grid, please visit dgmlive.com/news/leviathan-released. 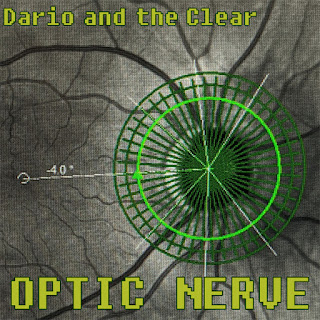 Progressive rock ensemble, Dario And The Clear have also recently released their new studio album titled "Optic Nerve." The Clear features experienced members of King Crimson and Peter Gabriel's band, which fully support Dario's eclectic guitar work on this latest album. The opening track "Deities In Splendor" combines elements of jazz, classical and rock in order to prepare you for anything that Dario And The Clear throw at you with their wide array, diverse sound. The energy explodes with the aggressive attack of "Smile/Lies," before slowing down for the more melodic textures of "Saint Street." The band rock out once again with the all-out assault of "This Moment," before wrapping up their new seven-song album with the more ambient, progressive touch of the instrumental "Designated Skin" and the final sonic hard rock blast of "Tattooed Prophet." To find out more about Dario And The Clear and their latest release "Optic Nerve," please visit darioandtheclear4.bandcamp.com.
Posted by JP's Music Blog