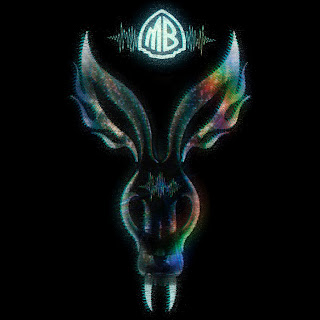 During the shutdown of the pandemic, experimental rockers Mr. Bungle featured a rare live-streaming event titled "The Night They Came Home." It was shown on Halloween night and is now being released as a CD/DVD or CD/Blu-ray set on June 11th through Ipecac Recordings. This new release follows the band's other recent popular release "The Raging Wrath Of The Easter Bunny Demo," which pairs original Mr. Bungle members Mike Patton, Trevor Dunn and Trey Spruance with newest members Scott Ian (Anthrax) and Dave Lombardo (Slayer).

The new fourteen-track audio release begins with a slightly-twisted cover of Fred Rogers' "Won't You Be My Neighbor," the first of five covers that appear on this album. Mr. Bungle then lock into a groove for the energetic, thrash metal blast of "Anarchy Up You Anus," before speeding things up even more with the chaos of "Bungle Grind." The music sounds loose, but still powerful, as all the songs were captured live in one take. The band's next cover is a well-planned medley of Slayer's "Hell Awaits" and Seals & Croft's "Summer Breeze," which showcases the diversity in the band's selection of songs for this performance. The pounding rhythm of "Eracist" and the guitar frenzy of "Glutton For Punishment" are two fine displays why Mr. Bungle should be considered one of the best heavy metal bands around. The band cover one of their favorites, S.O.D.'s "Hypocrites/Habla Espanol O Muere," before wrapping up the audio portion of their new album with the seven-plus minute thrash metal epic "Sudden Death" and their spot-on version of Van Halen's "Loss Control," which sounds a little grittier when Mr. Bungle performs it. To find out more about "The Night They Came Home" release from Mr. Bungle, please visit mrbungle.com and ipecac.com.