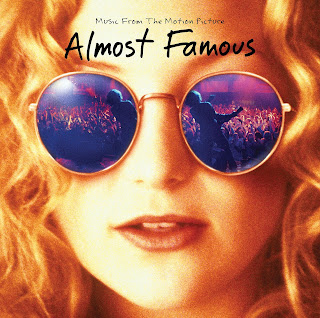 It have been over 20 years since the award-winning film "Almost Famous" was released in theaters. Just as great as the film was the accompanying soundtrack, which featured some of the biggest names in classic rock, like Led Zeppelin, The Who, Yes, The Allman Brothers and many, many more. The album won the Grammy-award for the "Best Compilation Soundtrack Album For A Motion Picture, Television or Other Visual Media." In celebration of the anniversary of the album, Universal Music has compiled the ultimate "Almost Famous" box set, which consists of five CDs, seven 180-gram vinyl LPs, and a new 7-inch single version of Stillwater's "Fever Dog."

While the movie follows the fictions band, Stillwater around the country as they tour and become somewhat famous, the main star of the film is the music. The original album featured seventeen tracks, with only one performed by the band, Stillwater. This new deluxe box set features an entire disc of songs performed by Stillwater and musical director Nancy Wilson, including demos and live jams. The six Stillwater songs that appear in the movie are all here in this set, while the demos feature Nancy Wilson (Heart) performing the songs for the members of Stillwater to learn and perform. This set also features an entire disc dedicated to Wilson's musical score for the movie, which also includes her great demos and outtakes. 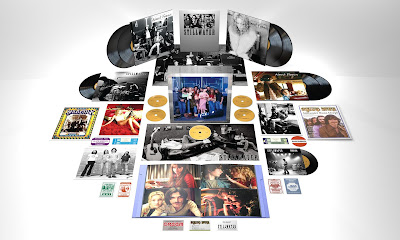 The soundtrack for the film is covered extensively in this set. If a snippet of a song was played or lines were sung by an actor in the movie, then the song appears in this new box set. Three of the CDs are filled with 65 classic rock anthems, folk favorites and nostalgic pop hits. The set ranges from Alvin & The Chipmunks singing "The Chipmunk Song (Christmas Don't Be Late)" to Iggy & The Stooges performing "Search And Destroy" to Stevie Wonder singing "My Cherie Amour." Some of the bands (favorites of director Cameron Crowe) appear more than once in this new set, like Led Zeppelin (5 times), Yes (twice) and Elton John (twice). The set will feel like a flashback to when music was the soundtrack to many peoples lives, as the radio was the ultimate escape for many of us. If you don't fall in love with the music on this new expanded soundtrack, then you need a lesson in classic rock music. One of the hidden highlights amongst the 102-tracks that appear in this new massive set, is the small, three-song jam with actors Mark Kozelek (Larry Fellows) and John Fedevich (Ed Vallencourt). They perform "That's The Way" by Led Zeppelin, "Down By The River" by Neil Young and then invite the rest of Stillwater to jam to the original "Fever Dog."

This limited-edition Uber Box Set also includes a 40-photo book, a high-school notebook style memoir with writings from director Cameron Crowe, musical director Nancy Wilson and members of the cast, along with the complete 1973 write-up in "Rolling Stone" about Stillwater. There is also replicas of concert posters, backstage passes and show tickets from Stillwater's San Diego and Cleveland concerts. This Uber Box Set, along with a new individual six LP set and a new individual 5CD set will be released on August 20th. A new deluxe edition 2CD set and the original 2-LP vinyl soundtrack is available now, along with a complete digital version of the Uber Box Set. To find out more about this amazing, new extensive coverage of the "Almost Famous" soundtrack, please visit shop.udiscovermusic.com.