The Music Of INXS Gets Reimagined On New "Original Sin" Soundtrack 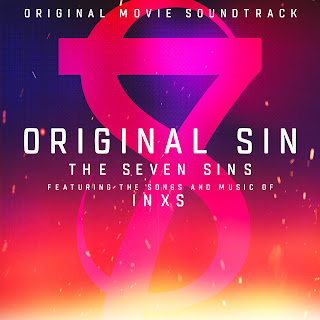 Arriving today, July 16th, is a new short film and soundtrack titled "Original Sin - The Seven Sins." Director Amy Tinkham explains that the movie reimagines Dante's Inferno through the eyes of a woman named Jane, a 21st century heroine who has been isolated during the recent pandemic, yet continues to search for love and validation for her soul. The film is intertwined with the music of INXS, as the soundtrack features original and reimagined versions of some of their greatest hits.

The new thirteen-track release begins with a "Drum Opera" performed by INXS founding member Jon Farriss, which sets the mood for this wild, cinematic adventure. The soundtrack continues with the rare, INXS B-side "Let It Ride," which was one of the final studio recordings by Michael Hutchence with the band. The song's dark, eerie opening continues to build with excitement, before reaching the wild horn closure of the song. Swedish singer Ida Redig delivers her versions of the INXS classics "Kill The Pain" and "Taste It," while Sophia Amato and Global Network turn "Never Tear Us Apart" in a modern, soulful act of penance. This version of "Never Tear Us Apart" and George Alice's version of "Suicide Blonde" will make you realize how great the lyrics are to INXS' songs. They can be delivered in a number of different ways to portray different emotions and meanings within the music. One of the highlights of this soundtrack is Michael Hutchence's version of Eric Burdon & War's 1970 classic "Spill The Wine," which has Hutchence pulling off some of his best blues vocals over the song's Latin flair melody. The album finishes with Trevor Jackson and Wyatt Stromer teaming up on "Need You Tonight," which has been turned into an R&B pop anthem, along with Alterboy's version of "New Sensation." To find out more about the new soundtrack to the film "Original Sin - The Seven Sins," which was released through UMe and Petrol, please visit udiscovermusic.com.