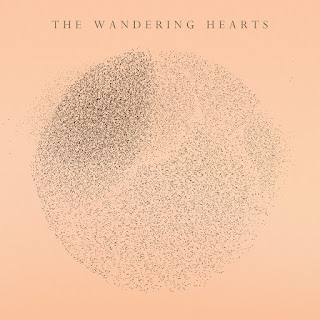 Americana band, The Wandering Hearts spent the winter of 2020 up in the Catskills creating their new self-titled album, which will be released on August 6th, through Cooking Vinyl. Only two years earlier, this U.K. band was personally invited by Marty Stuart to perform with him at the famous Grand Ole Opry and The Ryman Auditorium. Now, on the eve of their sophomore effort being released, it time for The Wandering Hearts to break-through into the mainstream with their new twelve-song album.

It starts off with the song "Hammer Falls," as the band's stellar harmonies continue to build and amaze on this darker opening track. Their sound reckons back to folk/pop melodies of the sixties and seventies, drawing similarities to Crosby, Stills & Nash, The Mamas & The Papas, along with Simon & Garfunkel and even Fleetwood Mac. The chugging rhythm of "Build A Fire" keeps pace, while the explosion of voices during the chorus only makes you want to join in and sing-along to this strong message of companionship.

The Wandering Hearts slow down for the gentle folk ballads "I Feel It Too" and "Dolores," which are highlighted by the warming, angelic vocals of Tara Wilcox and Francesca Whiffin. Marty Stuart and his wife "gifted" the song "Dreams" to The Wandering Hearts, which carries a nostalgic country vibe and was recorded at the legendary Cash Cabin in Hendersonville, Tennessee. The album finishes with the acoustic-pop style of "Never Too Late," which brings up comparisons to Cat Stevens, along with the up-beat, energy strumming of "On Our Way" and the beautiful, quiet gem "Lullaby." To find out more about The Wandering Hearts and their new self-titled album, please visit thewanderinghearts.com.