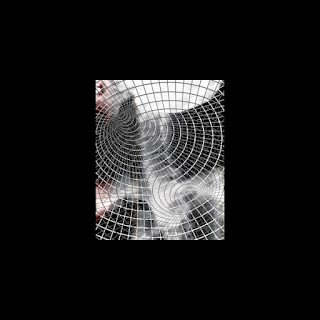 The progressive/experimental band, Zero Times Everything is preparing to release their new double album "Sound Of Music" on August 28th. The band will also be performing a private concert to co-inside with the release of the album. The trio of Zero Times Everything did not put any limitations on any of the new music for this release. They decided to invite some of New York's elite avant garde musicians to help with the recordings, by giving another dimension to the music.

This new double album begins with "You Are Here," which is seven-minutes of a repetitive melody and rhythm with searing musical notes that change the landscape ever so slightly. Zero Times Everything take on a more progressive rock form with "Razorblade Keychain," while "Ice Report" feels like a modern soundtrack to a psychedelic rock trip to the furthest reaches of earth and space. One of the more concise tracks on this new album is the hard rock assault of "Blisterine," with the flipside being a nearly twenty-minute chaotic "blitzkrieg" of instruments and sound, as you try to expand your musical palette with what is happening. The first disc closes with the gentle, ambient tone of "Coda," which is a good remedy to the previous sound experiment.

Disc two starts out with the cool rhythm sounds of "You Are Hearer," as you feel like you've made it to the next level of this musical adventure. Zero Times Everything return to their hard rock roots with "Third Uncle," before reaching the Pink Floydian utopia of "Oculus." The album finishes with the twenty-six minute "Lux Aeterna," which the band describes as their "Supper's Ready," as the song shifts emotions and moods about the lifespan of planet Earth, along with the closing thunderous backdrop and spoken word of "The Sound." To find out more about Zero Times Everything and their latest release "Sound Of Music," please visit zerotimeseverything.com.