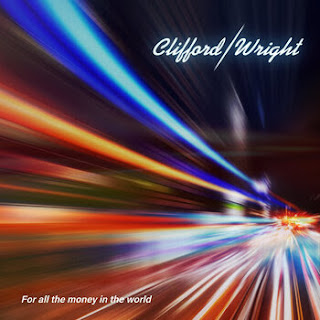 Drummer Doug "Cosmo" Clifford was a founding member of one of the biggest bands in rock history, Creedence Clearwater Revival. From 1968 to 1972, the band produced seven hit albums and performed at Woodstock and the Atlanta Pop Festival in 1969. As CCR's reign was coming to a close in the early seventies, Doug Clifford would still perform with fellow band mate Stu Cook and produce albums for other bands. Also during this time Clifford would write whole albums worth of new music to be recorded by an all-star line-up of performers, but the albums would be tucked-away in the vault, to be released another day.

Fast-forward to 2021 and the first release from Cosmo's Vault will be released on August 28th. This new album titled "For All The Money In The World," finds Doug teaming up with his long-time friend Steve Wright (Greg Kihn Band) for a solid rhythm section that would support a line-up that included guitarists Joe Satriani, Greg Douglass (Steve Miller Band), Jimmy Lyon (Eddie Money) just to name a few. The lead vocals of the album would be handled by new comer Keith England, along with keyboardists Tim Gorman (The Who) and Pat Mosca (Greg Kihn Band) to round-out the group.

This new eleven song release begins with the swinging, contemporary pop of "For All The Money In The World," which carries a nostalgic feel to the music. England's vocals lead the way on the up-tempo rocker "I Need Your Love" and the follow-up track "She Told Me So," as your pulse will surely quicken. The power of "Real Love" feels like it would have climbed up the charts a few decades ago with its addictive chorus and stellar all-star line-up of musicians. The album wraps up with the fun, up-beats sounds of "Weekends," along with the searing guitar riffs of "Lonesome Boy" and the full-throttle energy of "You're Gonna Love Again." To find out more about the new Clifford/Wright release "For All The Money In The World," please visit dougcosmoclifford.com/for-all-the-money-in-the-world.