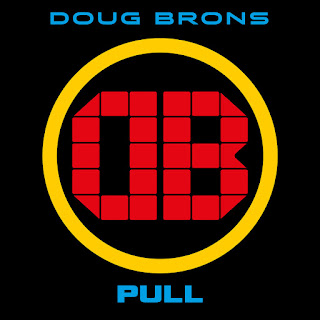 On August 13th, Escape Music Ltd. will release the latest studio effort "Pull" from famed keyboardist and vocalist Doug Brons. This new album features eleven tracks, beginning with the up-tempo, contemporary sound of "Father Show Us," as Doug draw upon his early influences to deliver some fresh new music. The beats gets slightly more funky with dance flow of "For Love," while also diving into the blues of "Not The Only One," which showcases the diversity in Doug's songwriting. The emotions come flowing out during the ballad "Again," before Doug picks the energy back up with the edgier rocker "Don't Let Go." He finishes his new album with the nostalgic seventies rock vibe of "We Are The Patriots" and the spiritual uplifting melody of "Faith Hope Love." To find out more about Doug Brons and his latest release "Pull," please visit dougbrons.com. 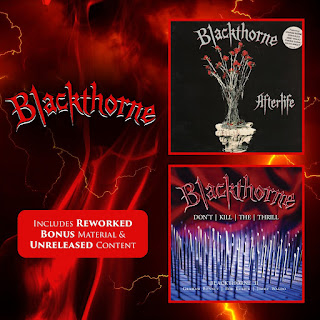 Also, The Store For Music recently released the two studio albums ("Afterlife" and "Don't Kill The Thrill") from the nineties rock band, Blackthorne in once complete 2-CD package. The band featured some of the biggest name in rock music, including Bruce Kulick (Kiss), Graham Bonnet (Rainbow), Frankie Banali (Quiet Riot), Chuck Wright (Quiet Riot) and Jimmy Waldo (Alcatrazz). The albums did not make an impact on the charts when they were originally released, but after nearly thirty years, it is now time for a Blackthorne revival.

The band's hard rock sound is immediately present on their debut album, with tracks like "Breaking The Chains" and "Sex Crime," while the band are also trying to be relevant during the "grunge" era with a rawness to their music. The bonus tracks on the band's album "Afterlife" consists mainly of their 1992 demo tape, which features some great songs, like a cover of Rainbow's "Since You Been Gone" and an unplugged version of "We Won't Be Forgotten," which showcases the true depth of their songwriting.

The band's second album "Don't Kill The Thrill" seems to fit in more with big, guitar-driven rock of the seventies with songs like "Wild Inside" and "Judgement Day," as Blackthrone seemed like they found their place in a congested rock scene during the nineties. The bonus tracks that have been added on are also demos that have been recorded for the second album like the heavy metal pounding of "Paralyzed" and the swift pace of "Twist The Blade," which may be as powerful as the officially released version. To find out more about these new expanded editions of their albums "Afterlife" and "Don't Kill The Thrill," as a 2-CD set, please visit thestoreformusic.com.