Kool & The Gang Return To Form A "Perfect Union" For Humanity 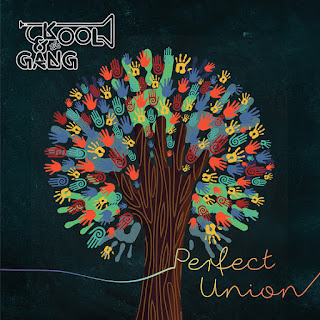 Legendary funk band, Kool & The Gang are returning August 20th with "Perfect Union," their first pop album in over a decade. It will be released on the iconic R&B label Ru-Jac Records, in association with Omnivore Recordings and was produced by co-founder Ronald Bell (brother of Robert "Kool" Bell), who passed away in September 2020. With a career that spans over five decades, Kool & The Gang are still creating music that is not only relevant, but also tackling the uneasy political struggle of being black in America with the opening track "Pursuit Of Happiness." The funk-R&B party begins with "The Weekend," as the positive beats and smooth harmonies are what Kool & The Gang are known for. They keep the energy flowing with the undeniable sounds of "Leave It On The Dance Floor" and the album's lead single "Sexy (Where'd You Get Yours)," which is already burning up the Adult R&B charts.

Kool & The Gang deliver a nostalgic seventies sound, combined with a modern vibe with their own mix of the song "R.O.Y.A.L.I.T.Y.," along with the dancefloor, funky groove of "Good Time," which is exactly what the bands wants you to have when listening to their new album. They finish with a "rap version" of "Pursuit Of Happiness," which is essentially the single version of this positive vibration that Kool & The Gang want to spread to everyone. Kool & The Gang also recently lost another founding member, Dennis Thomas, who passed away earlier this month and his alto sax was a key element in their sound on this album and many of their past hits. To find out more about Kool & The Gang and their new album "Perfect Union," please visit koolandthegang.com.