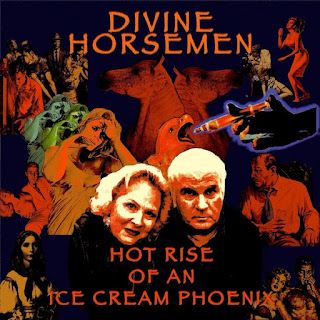 The underground '80s group, Divine Horsemen had found some minor success throughout the decade with the release of three albums on SST Records. Lead singers Chris Desjardins (aka Chris D.) and Julie Christensen became partners both within and outside the group, but when their marriage dissolved, so did the band. The two kept in touch over the years and with everything going well, Chris D. decided to reunite the band for a new album "Hot Rise Of An Ice Cream Phoenix," which will be released on August 20th, through In The Red Records.

This is the band's first set of new music in over three decades and showcases glimpses of their youthful days with the post-punk feel of "Mystery Writers" and "Handful Of Sand." The rawness of "Ice Cream Phoenix" delivers that underground rock sound that the Divine Horsemen were known for during the over-polished, electronic sound of the slick eighties pop scene. Chris D and Julie's vocals compliment each other on the slow-moving "Any Day Now," which carries a nostalgic "grunge" feel to the song's mellow sound. The energy of "Can't You See" is very addictive, before the band bring everything to a halt with the acoustic ballad "No Evil Star." The Divine Horsemen wrap up their new album with the up-beat rhythm of "Stoney Path" and the perfect duet of "Love Cannot Die." To find out more about Divine Horsemen and their latest release "Hot Rise Of An Ice Cream Phoenix," please visit facebook.com/divinehorsemen. 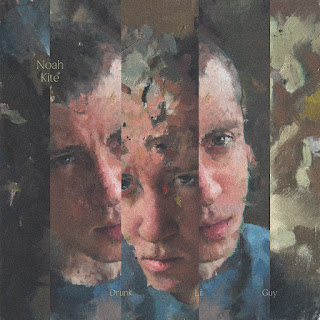 Also on the horizon is the new album from chamber-folk artist Noah Kite titled "Drunk Lil Guy." His new ten-song release kicks off with the soft, mellow opening of "Carrion Birds," as you are gently introduced to Noah's musical world of experimenting with tempos and melodies. He continues with the soft, comfort of "Hair Ties," as Noah keeps the volume of his vocals at minimum, even when the song builds with intensity. He combines lyrical pop element with classical strings to create the uniqueness with the sound of "Despite All This," which spills into the titled track "Drunk Lil Guy." The most mainstream alternative-pop track on the album is the addictive chorus of "Take Me To You Room" which kicks in with a boost of energy. Noah finishes his new album off with the quiet, floating melody of "This Body" and the wonderful harmonies within the ballad "Shoreline." To find out more about Noah Kite and his latest release "Drunk Lil Guy," please visit noahkite.com.
Posted by JP's Music Blog