Candlebox Is Ready To Release The "Wolves" 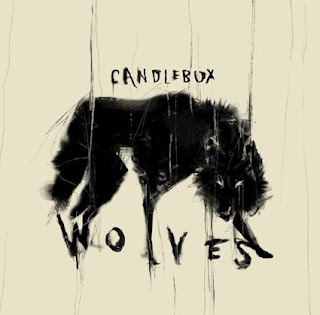 The Seattle-based hard rock band, Candlebox return with their first set of new music in nearly five years with the September 17th release of "Wolves." This new eleven-song album rocks right from the the first notes of the raw sounding "All Down Hill From Here Now," as lead singer, Kevin Martin's vocals sound as good now as they did on the band's multi-platinum self-titled debut album. Candlebox lock into a "grunge" style blues riff with "Let Me Down Easy," which was co-written by Peter Cornell (Chris Cornell's older brother). The band still feel that they have a chip on their shoulder to prove that they are one of the top bands to emerge from the Northwestern corner of the country. They display a gentler, more melodic side with "Riptide," while "Sunshine" has a spaghetti-western vibe that would fit in perfectly in a Robert Rodriguez film.

Candlebox deliver the sequel to their hit single "You" with the new track "We," which burns with passion as Martin sings his heart out, before the band erupts during the closing solo. They keep your adrenaline pumping with the intense, quick-paced rocker "Nothing Left To Lose" and try to recapture that mainstream audience with the addictive melody of "Trip." Candlebox wrap up their new album with the simmering rock anthem of "Don't Count Me Out" and the classic appeal of "Criminals," which will please long-time fans with its nostalgic sound. Candlebox are currently touring around the U.S., for a complete list of shows and to find out more about their new album "Wolves," please visit candleboxrocks.com.