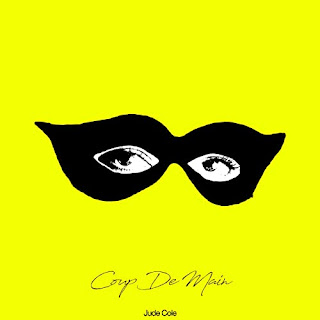 Singer, songwriter, guitarist Jude Cole used his time away wisely by creating two new albums, which were recently released through Fresh Coffee Records. One is a set of all new original songs titled "Coup De Main." the other is a set of covers of some of Cole's favorite songs from the 1950s and 1960s titled "Coolerator." Not only has Cole come back to his first love of performing, but he has also been on the other side as a producer, music critic and interviewer to some of the biggest names in music like The Rolling Stones and Alice Cooper.

His new nine-song release "Coup De Main" begins with the laid-back, mid-tempo vibe of "Taking Away My Home," as you are re-introduced to Cole's warm, soft-toned vocals. The album continues with the contemporary pop nature of "I'll Miss You," which has a nostalgic vibe surrounding it. He pours his emotions into the ballad "I'm Only Far Away," before picking the energy back up with the swinging pop melody of "Starry Eyes." The highlight of the album is the six-minute song "The Dark," which certainly draw inspiration from some classic rock themes from Pink Floyd and Genesis. Jude Cole finishes his new studio album with the funky backdrop of "Wax Wings" and the quiet, soft touch of "Partners In Time." 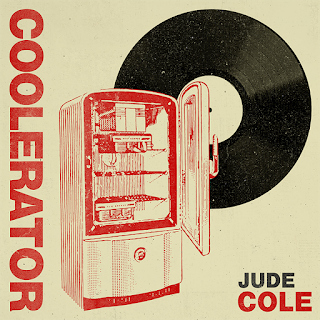 Jude Cole's other release "Coolerator" is a new set of cover songs from the fifties and sixties that feel perfectly right at home in Cole's musical hands. The new ten-song release kicks off with the blues romp "It Hurts To Love Someone (When They Don't Love You)" from Guitar Slim, as Cole is able to showcase his chops on the guitar with a short little solo. Next, he delivers a stellar copy of The Flamingos "I Only Have Eyes For You," before taking on Chuck Berry's "Dear Dad" with focus and admiration for the rock and roll legend. Cole also dabbles in doo-wop with a memorable cover of The Charts' "Desiree," which Cole considers "one of the most beautiful doo-wop songs ever." He strips down The Beatles' "I Wanna Be Your Man" to a more rockabilly sound and adds a little jazz to his resume with his version of Ray Charles' "Just For A Thrill." Jude Cole closes out his new covers album with the classic blues of Memphis Slim's "Mother Earth." To find out more about Jude Cole and his latest releases "Coup De Main" and "Coolerator," please visit judecole.com.
Posted by JP's Music Blog