The 1980's pop group, Gleaming Spires were swept up in the current of New Wave music hitting the airwaves and released three albums before disbanding in 1985. Those albums have been long out of print, but are finally getting reissued by Omnivore Recordings on September 17th, as three separate releases, with loads of bonus tracks. The band was envisioned by the Bates Motel duo of Ron and Russell Mael, who were also performing as the cult duo Sparks, they enlisted Leslie Bohem, David Kendrick (Devo) as the key performers, along with fellow Sparks members Jim Goodwin and Bob Haag to complete the line-up of Gleaming Spires. Right from the start, the band found popularity along the California coast with their hit single "Are You Ready For The Sex Girls?," but then quickly fizzled out. The band tried to recapture that magic by entering the studio with famed producers Stephen Hauge (Pet Shop Boys) and Greg Penny (Elton John) to record two more albums in four years, before going their separate ways in 1985. 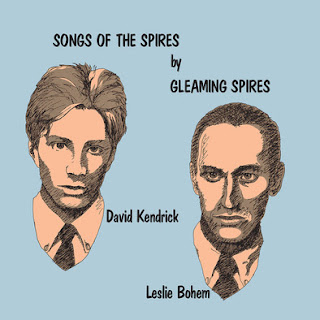 Their three albums will be issued on CD for the first time since their initial release with loads of bonus tracks, including rare, unissued Bates Motel tracks, demos from the Eleven Blue Men sessions and songs from the Roger Corman film "School Spirit." The debut album from Gleaming Spires titled "Songs Of The Spires" includes the hit single "Are You Ready For Sex Girls?," along with the post-punk tracks from Bates Motel as bonus material, which hard to image that they have never been released. Songs like "The Way Marlena Moves" and "Only The Young Die Young" have a great punk vibe that will have you looking back and rediscovering more songs by Bates Motel. The other four bonus tracks on this reissue of their first album are from Gleaming Spires "Life On The Lawn" EP, which definitely sounds like an extension of the band's early New Wave sound. 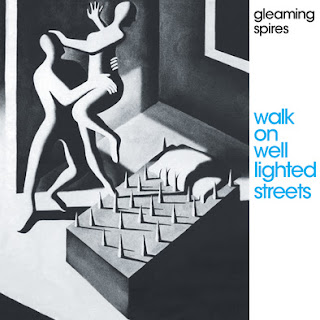 Their second album "Walk On Well Lighted Streets" still keeps that New Wave sound flowing through tracks like "You're Right" and "Happy Boy." The bonus tracks featured along side the original ten album songs come from the well-received "Party EP," which features some of Gleaming Spires more experimental tracks like "Funk For Children" and "Brain Button." This new release also includes the song "Kinda Like The Movies" from the film "Bad Manners," along with a full band version of Gleaming Spires' "Are You Ready For The Sex Girls?" and "All Night Party" from the classic comedy film "Revenge Of The Nerds." 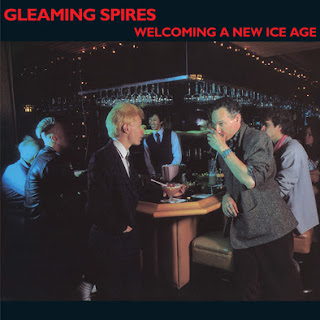 The third and final studio album from Gleaming Spires titled "Welcoming A New Ice Age" finds the band aiming toward a more pop-oriented sound with addictive ballads like "Tearaway" and "Your Secret Room," while also trying to recapture their early days with the sound of "What's Coming Next." The bonus tracks featured on this new CD reissue of the album come from the 1985 movie "School Spirit," which was the first film issued on Roger Corman's distribution company, Concorde Pictures. Plus, issued here for the first time, are a couple tracks from the Eleven Blue Men sessions, which was a failed attempt to keep the music flowing. A couple highlights from these bonus tracks include punk-style covers of Elvis Presley's "Suspicious Minds" and Bob Dylan's "It's Alright Ma, I'm Only Bleeding." To find out more about these three new Gleaming Spires reissues, please visit omnivorerecordings.com/gleaming-spires.
Posted by JP's Music Blog