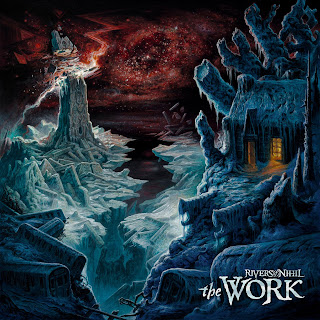 Since 2013, Rivers Of Nihil have been spreading their metal music across the charts with the release of each new album. Their fourth album, titled "The Works" was just unleashed at the end of September on Metal Blade Records. Their new 11-track collection begins with the slow, simmering opening of "The Tower (Theme From The Works)," which continues to build until the explosion of "Dreaming Black Clockwork." The band's songwriting has certainly excelled on this new release, as you listen to the trio of songs "Wait," "Focus" and "Clean" which sounds like a modern progressive metal masterpiece that needs to be witnessed. After the quiet, atmospheric reprise of "Tower 2," River Of Nihil deliver the emotional touch of "Maybe One Day" and the multi-dimensional 12-minute epic onslaught "Terrestria IV: Work" to close out their new album. To find out more about Rivers Of Nihil and their latest release "The Works," please visit facebook.com/riversofnihil. 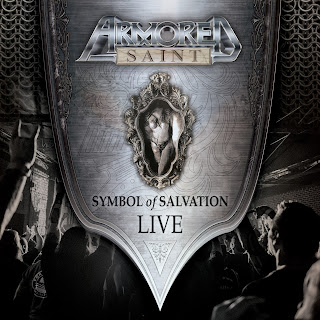 Legendary heavy metal giants, Armored Saints are preparing for the release of a brand new live album titled "Symbol Of Salvation Live" on October 22nd through Metal Blade Records. It features the band performing their 1991 album "Symbol Of Salvation" in its entirety during a show at New York's famed Gramercy Theatre in 2018. Lead singer John Bush refers to the original release as the "cornerstone album" for Armored Saint as they now enter their fourth decade as a band.

The entire group sounds "on point" for this epic performance of all thirteen of the songs, as they added a little extra instrumental to tracks like "Last Train Home," "Symbol Of Salvation" and "Spineless." One of the highlights of the show is the nearly eight-minute epic "Tainted Past," which showcases the diversity in the band's songwriting so early in their career. As a bonus, the vinyl edition also includes five demos from the writing sessions for the "Symbol Of Salvation." Songs like "Nothing Between The Ears," "Medieval Nightmares" and "Pirates" displays the band's thrash metal side and is a great flashback to when Armored Saint were still hungry for success. To find out more about Armored Saint and their latest release "Symbol Of Salvation Live," please visit armoredsaint.com.