The Vegetarians Look To Channel "Bill Haley" On Their Latest Album 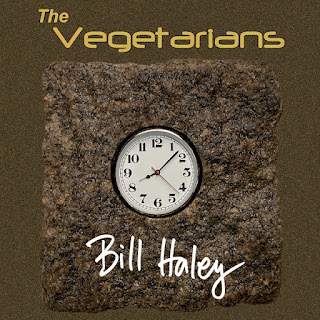 The Vegetarians have returned with a brand new album titled "Bill Haley." The band is led by Swedish composer/musician Hans Annellsson, who began this project over 20 years ago, as a way to record and cover some of his favorite progressive rock songs. On this new album, Hans invites some of his favorite singers to help with the recordings of this latest batch of 15 songs.

The album begins with the Phish-like vibe of "Everything Is Everywhere" and the bluesy tone of "I'm Guilty," as you hear the diversity in the music that The Vegetarians have produced on this new album. Next, they flip the script once again with the showtune melody of "Reptilian's Folly" and the heavier pounding rock track "Louie." The Vegetarians display their more progressive side with the experimental/New Wave appeal of "Ones & Zeroes" and then they feel a bit nostalgic with the classic rock/pop touch of "Five Little Words." It's hard to categorize this latest release from The Vegetarians, as they also add some country into the mix with the song "Distant Traveler," before finishing with the swaying ballad of "Thank You," along with the sweeping melody and wonderful harmonies of the seven-minute closing epic "Under Control." To find out more about The Vegetarians and their latest release "Bill Haley," please visit facebook.com/The-Vegetarians.